Preface: Round 2 of Gadgematch finds me weighing a selection of advanced Verizon phones against my current mobile device, the super-functional Samsung i730. 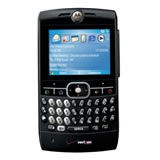 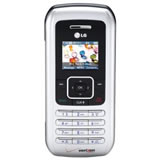 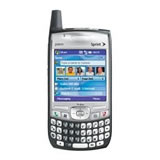 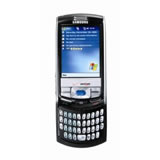 Gadgematch#2: Which Verizon mobile phone is best for me? Featuring the Motorola Q, LG EnV, Treo 700w and Samsung i730.

I’ve relied on the Samsung i730 since October of 2005. Since my very first mobile phone (the classic Nokia 6200), this is the longest I’ve ever owned a phone. I attribute part of its longevity to its size. The phone is noted by everyone as a tank, and it is thankfully built like one too. I fell in love with the phone as it was the coolest when it came out. It was also powerful, and I was looking for a complex and functional professional phone. I also like the fact that the keyboard remains hidden even though the phone is fully functional with the touch screen/stylus interface. The hidden keyboard thing has always been something I look for, knowing how easy dust and damage can affect those tiny keys.

Lately, the phone has been failing me more and more. I updated to Windows Mobile 5 (a build offered for free by Verizon) and that may have signaled an era of instability. Without that update, something sets in and knowing your phone has an old OS makes you instantly feel inferior. I’ve talked with other folks who have had no problems with the update. My symptoms include poor battery life, calls being dropped and calls not registering at all. I should mention that with the upgrade, the PDA side of the phone has only gotten better. WiFi, Bluetooth, web browsing, e-mail and text messaging seems to be much better. Seeing as the device’s main functionality is to act as a phone, I’m in need of a replacement.

The Motorola Q is a hot little phone, but a few things bug me about it. First, as I mentioned, I don’t like the exposed keys. Next, the camera (nice to have since the i730 does not) happens to suck. For some reason, I feel having no camera at all is better than a crappy 1.3 camera phone. It’s as if I don’t even want to be compelled to take bad photos. The last thing I dislike about the Moto Q is that it feels like a cheap toy. The buttons feel like they’ll fly off, and there’s not weight or perceived durability to the phone.

That being said, the phone is super cheap and very capable. Somehow, the smaller battery blows away the life of the i730. It ships with Mobile 5 and looks like it runs super solid. Not having a stylus is made up by some creative buttons and a scroll wheel. This is weird, but the fact that the phone has an available silicon skin for it makes me like it more. We often neglect accessories, but in this case, it’s actually a buy factor for me.

My wife has the LG EnV (as well as my colleague Scott Morgan). Dollar for dollar, it seems like the best phone ever made! The phone is surprisingly functional, so much so that I’m considering it among PDA phones. A huge plus goes to the 2 mp camera, which really takes decent photos. I also like the fact that the there is a built in cover for the lens. The clamshell design protects the keys, we know I like that.

If all I was looking for was a phone, I would be super happy with it. But not having IE and outlook functionality may cause huge withdrawal issues for me. Once you have those apps in your pocket, I can’t imagine life without them.

Part of me wants to write off the Treo 700w for being an i730 want to be. It’s a chubby, awkward phone. The keys are exposed and I can only imagine carrying the phone on my belt. I think the camera is a little better, but not close to the LG. The antenna strikes me as stubby, but people seem to get a great signal with it. It just doesn’t appeal to me enough to jump for it, but I can’t bash it to much either. If it were free or close to it, I certainly wouldn’t kick it off my desk.

Conclusion: Sadly, there seems to be no phone, offered by Verizon, that matches the robust features of the i730. They are offering to replace my i730, and for the time being, I think this might be the best option. My 2-year contract is up in July, so if I can stick with the i730 a bit longer, my hope is that some cooler phones will be out by then. If not, I could easily jump over to AT&T and check out that 8GB iTunes player they’ll be offering soon. I’m talking, of course, about the Apple iPhone.