Flex, what have you done to me? 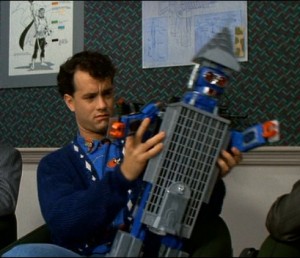 I woke up in Flash Professional today and realized that developing with Flex so much the past few years has finally changed the way I code Flash Platform apps. For better or worse, working with the RIA framework known as Flex has changed my approach, practice and sense of virtual space as I develop applications.

I’d say that over my 10+ year career coding Flash Platform apps, experiences, intros and animations, I’ve still spent more aggregate time in the Flash IDE environment. On stage, presenting at conferences, I have proclaimed that I am a Flash Platform switch hitter, comfortable in building apps from both sides of the Flash Platform plate. Yet the phase of my career where I’ve really grown as a developer, mostly when I was migrating from AS to AS2, and subsequently from AS2 to AS3, has been spent working with Flex.

As recently as 4 years ago (I know, that’s like 14 in technology years), I was approaching applications much differently. I’d start with layout, color, interaction, transitions, sound and all the other “cool” and “flashy” elements that made rich internet applications rich — before they were actually rich. Code came last, if at all. And there was a time where many of the projects I worked on had minimal code because working with timelines and stage-created symbols came so naturally to me.

Now, I’m completely reversed. Flipped around. A new kind of developer. My approach starts with framework, structure and logic. I think about what classes I’ll need, what approach I’ll take (MVC? Frameworks?), and what 3rd party libraries or components I need to include. And when the app is finally coded, I look at the skeleton of an interface my UI control/component-dependent approach has given me and pray there’s a good designer waiting (or even a simple, snap-in theme waiting for me on scalenine.com).

So now, back in Flash Pro for a bit, I am totally ignoring the stage. I’m avoiding doing much in the software all together, other than dragging some staple UI controls from the components panel to my Library. I jump into FlashDevelop or FlashBuilder (which I still call FlexBuilder) and write ActionScript there. When I’m ready to see my work, I say a prayer and compile, confident it will work well, but hoping it will look decent enough.

So, in conclusion, this doesn’t really matter in the grand scheme. As technology, the industry and demands have evolved, so have I. And don’t get me wrong. If you’re still perfectly comfortable and successful working in Flash Pro, that’s just as good. Developers like me need you now more than ever.