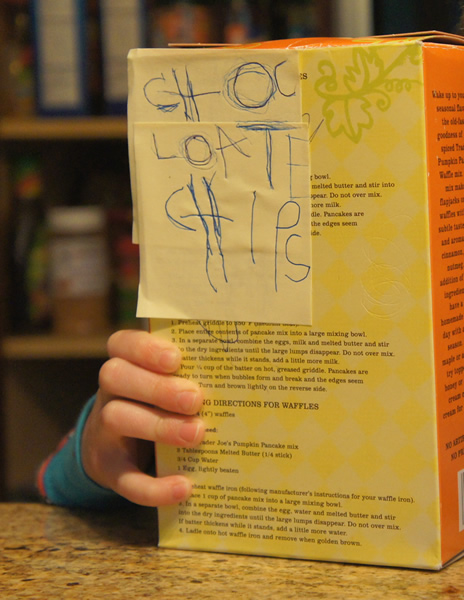 It’s an amazing thing to watch your child learn — especially as they start figuring out how to spell and write. I captured this photo on a recent weekend morning, when it was just me and my 5 year old in the kitchen cooking up some pancakes. As I was mixing up the eggs, water and pancake mix, I noticed he was attempting to write something on the box.

As he was sounding out letters, I realized what he was doing; Having seen me look at the back of the box time and time again to follow instructions, he decided it was most logical to request I add a new ingredient by augmenting the recipe for the pancakes. As you see in the photo, my son wanted me to add “Chocolate Chips”. So, he wrote it on the box! His new recipe was my command.