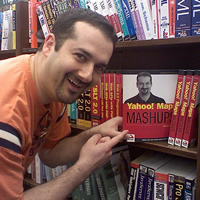 Chuck and his first book

As Chief Platform Evangelist at Litl, Chuck managed a device-based platform and SDK that let developers build apps optimized for usability and the TV experience.

As the Director of Developer Platform at Ribbit, Chuck coded, deployed and evangelized Ribbit’s telephony platform to a community that grew to over 6,000 developers within its first year. As a direct result of this effort and innovation, Ribbit was acquired by BT for $105 million in July, 2008. Previously, Chuck lead development on Yahoo! Map APIs, for which he wrote “Yahoo! Maps Mashups” published by Wrox in February of 2007.

A graduate of Boston University’s College of Communication, Chuck loves engaging audiences and has spoken at over 50 conferences and events on platform technologies. 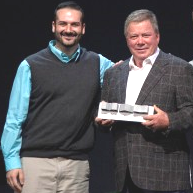 Chuck’s management and development approach combines his education in multimedia with an ability to execute on broad vision of technology. He uses past experience as a developer where he built highly visible content and applications for Fidelity, eBay and eBay China. His work reflects precision while remaining ambitious to push the envelope when possible.

Born in Boston, Chuck relocated to sunny Silicon Valley, CA for a few years. Following the acquisition of Ribbit, Chuck and his family welcomed a move back to New England, where you’ll find him at Red Sox and Celtics games looking forward to more Boston championships!